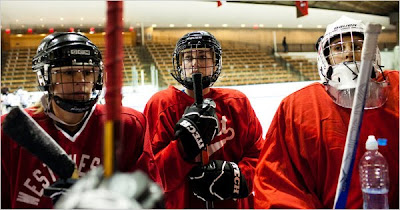 • NYT story on Hockey Moms who've schlepped to the rink for their kids, only to be swept off their feet and onto the ice by the thrill of the sport, and the therapy of it, too.
• Self magazine story on the alarming lack of information given breast cancer patients about reconstruction, with my experience as a 29-year-old patient.
• NYT business column on the enigmatic game show network, GSN—where Jerry Springer and Gene Rayburn mingle and online games score.
• Glee welcomes icon Carol Burnett, who dishes on Betty White, Facebook & her odds of appearing on Dancing with the Stars: "You might see me getting root canal first."
• Comedian Wanda Sykes on pole dancing, Patrón Silver and "greening" the porn industry. (Oh, and defending "white guys" Leno and Letterman.)
• John Ritter's widow, actress Amy Yasbeck, opens up about John's misdiagnosis—and how a simple MRI may have saved his life.
• Mad Men star Elisabeth Moss on finding Peggy's voice, marrying SNL's Fred Armisen and witnessing a Broadway scandal. 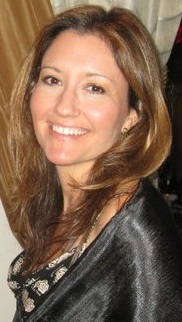